Quick Thoughts On Inflation & CPI Data.
(What can we expect with the release of January’s CPI?)
February 9, 2022
January's CPI (Consumer Price Index) data will be released tomorrow morning, Thursday,
February 10, 2022, at 8:30am EST (bls.gov). And what will we get this time around?

CPI is a measure of the "average change" over a specified time frame in prices paid by
urban consumers for a "market basket" of consumer goods and services. I, personally,
would posit that prices for almost all items have continued to noticeably increase,
across the board, since December.

December's CPI purported 7.0% year over year inflation (0.5% month over month), a far
cry from where the Fed and political elite claimed we would be by EOY 2021 (3-4% worst
case scenario if running hot and prior to inflection). Given that almost no fiscal,
monetary or economic forecasts have been on point over the past 12 months (with some
stunningly disconnected and/or off-base), how can we continue to retain and maintain
the trust we once placed in these institutions and entities? Over a year ago (and
more recently), J. Powell suggested that we would inevitably reach an "inflection
point" in inflation, which would of course alleviate the need for the Fed to step in
and use their "basket of tools" to reel it in. This position has since shifted,
highlighting just how aggressive the Fed will have to react to this persistent
inflationary environment. Despite the mixed signals coming from every direction over
the past 2 years, more recent rhetoric from Powell and the Fed point to a much more
hawkish posture and approach; but will "tightening" in any meaningful form really
come to fruition? Can it come to fruition? Or has erroneous and purely reactionary
Fed policy, combined with out of control printing and spending practices, allowed
things to get too far out of hand?

It will be interesting to see where January's CPI data comes in tomorrow morning, to
say the least. Could it simply be a non-event at this point, allowing markets to
continue to rally, pulling in sidelined capital in the process? Or are we in for
another rude awakening, circa this past November? In about 16 hours, we'll have our answer. 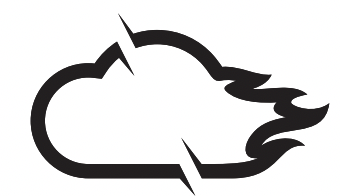